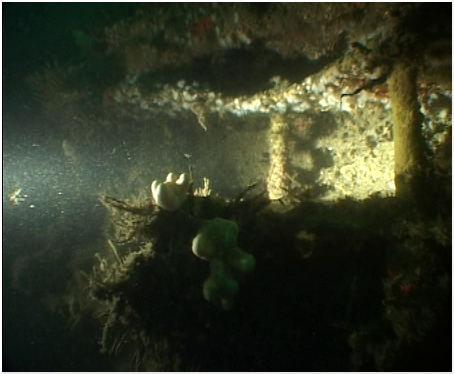 In the late 1980s members of Ilfracombe & North Devon Sub Aqua Club, alerted by a local fisherman, discovered a pile of railway lines and some remains of a wooden vessel at around 42m on the edge of the Stanley Banks, 3m NE of Lundy. The wreck site was dived for some years without anyone having any idea of it's origins ..... but it was home to some large lobsters.

In January 1999 the club was contacted by Alan Platt, of Saline, Dunfermline, a retired power station engineer with a passion for, and an extensive knowledge of, composite sailing ships. He had heard through some diver grapevine that Ilfsac were diving a pile of railway lines. He sent a meticulous account of the loss of the South Australian together with many details of her construction and also revealed the story of her sister ship the City of Adelaide.

A quest began to prove the identity of the railway line wreck on the Stanley Banks. At first it seemed unlikely that the wreck was the South Australian because none of the vital artefacts could be found and the search for the South Australian was widened to much of the sea area around Lundy ..... but with no result. The arrival of trimix diving in the club in 2003 provided much clearer heads and longer endurance at 45m, and evidence of iron frames was found at the base of the rail stack. A piece of hull section with signs of frames attached was found at one side of the rail stack by Ilfsac diver Phil Durbin in 2004. Alan Platt suggested that proof positive would be to find the 'yellow metal' (a brass alloy) bolts that were used to attach the hull planking to the frames of a composite ship. A visit to the City of Adelaide in Irvine provided photographs of the key frame structures and measurement of the spacing of the bolts holding her planking to her frames was made.

In the summer of 2005, Keith Denby, an Ilfsac diver, in the company of Dan Stevenson, an underwater video cameraman from Clifton BSAC, found and filmed the bolts and other significant structures on the wreck and the proof positive was obtained that the Stanley Banks railway line wreck was indeed the South Australian. BBC Points West included this as an item in one of their September 2005 programmes and the full video can be seen here. 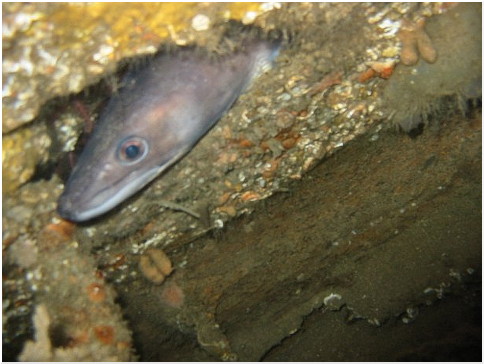