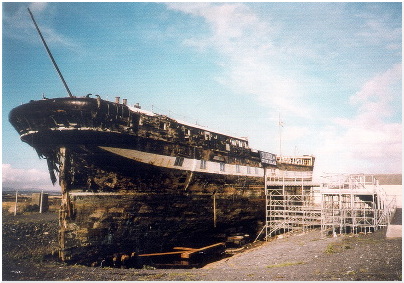 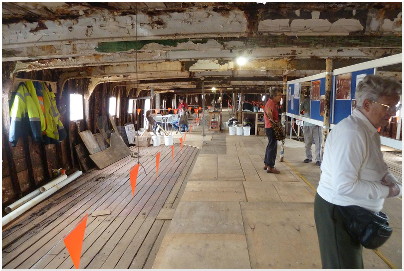 The hull of the 791 ton composite City of Adelaide, built in Sunderland by the notable William Pile in 1864, survives and has recently been transferred to Adelaide in Australia as the centrepiece of a new maritime museum - http://cityofadelaide.org.au/ .

She is the oldest of only four merchant sailing ships amongst the 46 remaining vessels categorised by the experts as the National Core Collection of Historic Ships. She is the world's oldest composite ship - that is to say a ship built with a wooden hull supported by iron frames. Composite ships were built mainly in the 1860s and 1870s and only about 500 were laid down. She is one of only two British built sailers to have carried emigrants. Her first four voyages were profitable enough for her owners to order a larger composite from William Pile for the same service - this was the 1040 ton South Australian.

The hull of the City of Adelaide has survived because she was used for a variety of purposes once her seagoing life was over in 1893. She was used as a floating isolation hospital at Southampton, then, as HMS Carrick at Greenock, as an RNVR drill ship and during WW II, for training DEMS gunners. Finally she became the RNVR (Scotland) Club in Glasgow. She sank there in 1989, then again in 1991 after being moved to Prince's Dock, Govan. A year later she was raised and taken to Irvine near Glasgow where she remained until 2014. There was an attempt to allow her to be demolished in 2001 by the cash strapped Scottish Maritime Museum but the application was refused and eventually a consortium from Adelaide raised enough money for her to be taken there for eventual restoration. 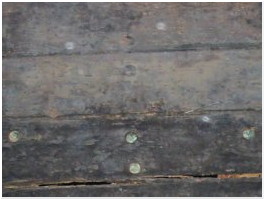 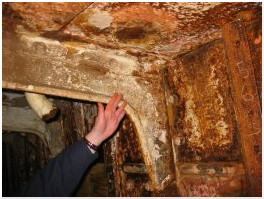 It is proposed to contact the Maritime Museum in Adelaide and seek to exchange information that will assist both groups in understanding and preserving the history of these two very special ships.